What Happens When a Will Is Challenged? 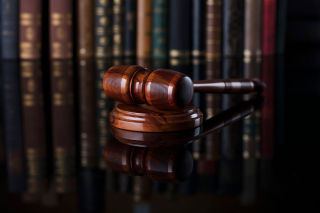 What happens when estate planning doesn’t go according to plan? A last will and testament is a legally binding contract that determines who will get a person’s assets. However, according to the article “Can you prevent someone from challenging your will?” in the Augusta Free Press, it is possible for someone to bring a legal challenge.

Most will contests are centered around five key reasons:

What is the best way to lessen the chances of someone challenging your will? Take certain steps when the will is created, including:

Be sure your will is created by an estate planning attorney. Just writing your wishes on a piece of paper and signing and dating the paper is not the way to go. Certain qualifications must be met, which they vary by state. In some states, one witness is enough for a will to be properly executed. In others, there must be two and they can’t be beneficiaries.

The will must state the names of the intended beneficiaries. If you want someone specific to be excluded, you’ll have to state their name and that you want them to be excluded. A will should also name a guardian, if your children are minors.  It should also contain the name of an alternate executor, in case the primary executor predeceases you or cannot serve.

What about video wills? First, make a proper paper will. If you feel the need to be creative, make a video. In many states, a video will is not considered to be valid. A video can also become confusing, especially if what you say in the paper will is not exactly the same as what’s in the video. Discrepancies can lead to will contests.

Don’t count on those free templates. Downloading a form from a website seems like a simple solution, but some of the templates online are not up to date. They also might not reflect the laws in your state. If you own property, or your estate is complex, a downloaded form could create confusion and lead to family battles.

Tell your executor where your will is kept. If no one can find your will, people you may have wanted to exclude from your estate will have a better chance of succeeding in a will challenge. You should also tell your executor about any trusts, insurance policies and any assets that are not listed in the will.

Don’t expect that everything will go as you planned. Prepare for things to go sideways, to protect your loved ones. It is costly, time-consuming and stressful to bring an estate challenge, but the same is true on the receiving end. If you want your beneficiaries to receive the assets you intend for them, a good estate planning attorney is the right way to go.

Reference: Augusta Free Press (July 12, 2020) “Can you prevent someone from challenging your will?”

Posted by Kelly Holloway: EDHD Estate Planning on 08/07/2020 at 11:10 AM in Beneficiaries, Estate Planning Lawyer, Executor, Heirs, Last Will and Testament, Will Challenge | Permalink | Comments (0)

Left Out of the Will? Spouses Still Have Rights to Inherit in Massachusetts 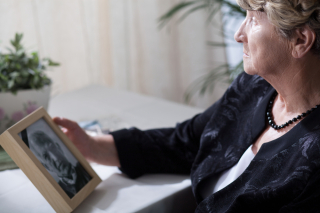 Based on a legal principle from 1783, updated in 1964, this decision has the potential to create a lot of problems for blended families. A recent decision from the Massachusetts Supreme Judicial Court said that the second wife of a man had the right to inherit from his estate. The ruling made it clear that his widow, Susan Ciani, had protection from the law and was entitled to cancel the estate plan that her husband made while alive. The news was reported by The Boston Globe in an article, “SJC says spouses are entitled to part of significant other’s estate when they are left out of will.”

The husband, Raymond Ciani, created a will in 2000 that left his estate to his first wife, Mary. Under the will, after her death, his four children were to be sole beneficiaries of the estate, which was worth an estimated $675,000. But Mary died before her husband. Raymond then married Susan in 2013 and died in 2015 without changing his will.

After her husband’s death, Susan challenged the will in court and remained in the family home. Both Susan and the children went into Probate and Family Court and agreed to sell the family home and other assets, while judges decide who gets what.

The attorney for the four children, Maria L. Remillard, said the Court has created what could become a legal problem for blended families, because the law is obscure.

“It’s a rude awakening for a lot of people,’’ Remillard said of the law and the SJC’s endorsement of it. “It isn’t until someone passes away that the parties and surviving spouses realize the impact . . . After a second marriage, the second spouse could, in fact, totally disrupt the estate plan.”

The Supreme Judicial Court’s decision allows Susan to get one-third of the value of her husband’s real estate holdings and a similar share in the estate. If both sides had not agreed to sell the family home, Susan also would have been allowed to live there for the rest of her life.

Some states adhere to community property laws that permit a spouse to keep half ownership of all property in a marriage. However, Massachusetts follows an elective share law to protect spouses against disinheritance.

This decision presents another reason to update estate plans, especially with second or subsequent marriages. It also serves as an example of how families might fare better with more communication about their parent’s intentions. Coming to an agreement or at least an understanding about the estate beforehand, might have prevented this battle.

Reference: The Boston Globe (January 8, 2019) “SJC says spouses are entitled to part of significant other’s estate when they are left out of will”