What Does the Executor Do? 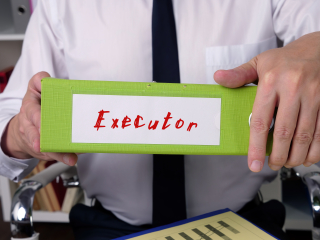 The executor of an estate is the person who manages all the decedent’s financial affairs. If the person wants to have more than one person manage their affairs, like naming two children instead of one, then the term “co-executors” is used, as explained in a recent article “Executor of Estate: What Do They Do?” from Forbes

The most important characteristic that the executor should have, is integrity and good judgment. They are legally required to act in the estate’s best interest, which is called acting as a fiduciary. This is important, especially if an heir serves as an executor.

They also need to be wise enough to know when they need help from a skilled professional.

The executor follows the directions that are included in the person’s will, including distributing assets to beneficiaries. They also manage the many tasks associated with wrapping up the decedent’s life, including paying creditors, issuing notices of death, filing tax returns and overseeing the sale of homes and automobiles.

In some states, the executor is called a “personal representative.” The word “executrix” is an old, out-of-date term used when a woman serves as the executor, not commonly used today.

When a proper estate plan is in place, the executor of the estate is named in the decedent’s last will and testament. In cases where the decedent (sometimes referred to as the testator) did not have a will, or the will has been deemed invalid, the probate court judge names someone to serve as executor. This is not always someone who the executor would have named, but when there is no will, the court makes this decision.

If you have been named the executor of an estate and don’t wish to serve, you may decline. If the decedent anticipated that and named an alternative or contingent executor, then the secondary person will serve, or the probate court judge will name someone to serve in this role. The judge can also override the decedent’s choice of an executor, if the person they named has a criminal history, is not of legal age, has a mental disability or a substance abuse problem. The court is not allowed to change the executor simply because the heirs don’t want a person to serve.

The executor has a long list of tasks to accomplish, from obtaining death certificates and securing the home to filing the will with the probate court in the decedent’s county of residence and petitioning the court for probate. Many executors bring in an estate attorney to assist with the legal portion of administering the estate, as an estate and trusts attorney will be familiar with the processes and the deadlines.

The executor must notify the Social Security administration and Medicare, if the person was enrolled in either of these federal programs. The Department of Motor Vehicles, Veterans Affairs and insurance companies must also be notified. The executor is also responsible for filing the person’s final income tax returns and if necessary, filing the state and federal estate tax returns. This is just a partial listing of the many different tasks that must be accomplished. The estate planning attorney may have a checklist to help the executor on track.

Act Quickly to Protect an Estate 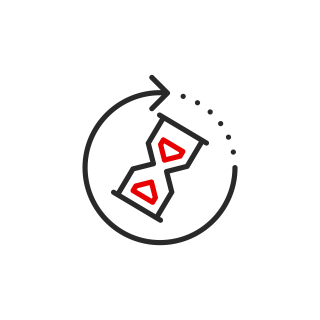 For most families, the process of estate administration or the probate of a will starts weeks after the death of a loved one.  However, before that time, there are certain steps that need to be taken immediately after death, according to a recent article “Protecting an estate requires swift action” from The Record-Courier. It is not always easy to keep a clear head and stay on top of these tasks but pushing them aside could lead to serious losses and possible liability.

The first step is to secure the deceased’s home, cars and personal property. The residence needs to be locked to prevent unauthorized access. It may be wise to bring in a locksmith, so that anyone who had been given keys in the past will not be able to go into the house. Cars should be parked inside garages and any personal property needs to be securely stored in the home. Nothing should be moved until the trust administration or probate has been completed. Access to the deceased’s digital assets and devices also need to be secured.

Mail needs to be collected and retrieved to prevent the risk of unauthorized removal of mail and identity theft. If there is no easy access to the mailbox, the post office needs to be notified, so mail can be forwarded to an authorized person’s address.

One of the responsibilities that most executors don’t know about, is that when a person dies, their will needs to be admitted to the court, regardless whether they had trusts. If the deceased left a will, the executor or the person who has possession of the will must deliver it to the court clerk. Failing to do so could result in large civil liability.

At least five and as many as ten original death certificates should be obtained. The executor will need them when closing accounts. As soon as possible, banks, financial institutions, credit card companies, pension plans, insurance companies and others need to be notified of the person’s passing. The Social Security Administration needs to be notified, so direct deposits are not sent to the person’s bank account. Depending on the timing of the death, these deposits may need to be returned. The same is true if the deceased was a veteran—the Veteran’s Affairs (VA) need to be notified. There may be funeral benefits or survivor benefits available.

It is necessary, even in a time of grief, to protect a loved one’s estate in a timely and thorough manner. Your estate planning attorney will be able to help through this process. The Veterans Administration wrongfully refused to reimburse veterans who needed emergency medical care at non-VA facilities and were forced to pay out-of-pocket, reports MSN in the article “Court rules VA must pay veterans' ER bills, a decision that may be worth billions to vets.” In addition to the decision, the U.S. Court of Appeals for Veterans also struck down the VA regulation that blocked those payments.

"All of this is unacceptable," said the ruling, which ordered the VA secretary to "re-adjudicate these reimbursement claims."

Plaintiffs' attorneys say that, based on past estimates by the VA, the department is now responsible for between $1.8 billion and $6.5 billion in reimbursements to hundreds of thousands of veterans who’ve filed or will file claims between 2016 and 2025.

Former Coast Guardsman Amanda Wolfe, who is one of the plaintiffs in the case, told NBC News "I'm just overjoyed. I think it means change, it means that veterans don't have to be afraid of receiving care, emergency care. They can have that sense of security that sense of peace knowing they are covered if they have emergency care."

"I served side by side with some of these veterans who were impacted and to think that this is going to make a difference for them is what is most important to me."

In 2015, the court struck down a previous version of the internal VA rule that denied coverage for an emergency claim when another form of insurance covered, even a small portion of the bill. The court said the regulation violated a 2010 federal law.

The recent ruling held the department violated the same federal law with its revision of the reimbursement regulation. The Court said the new rule, issued last year, actually created another issue for vets, by forbidding the VA from reimbursing medical expenses for emergency services at non-VA facilities.

In 2016, Wolfe went to the ER because her appendix was about to burst. After a quick recovery, she figured she was okay because she had two kinds of insurance, a private plan she paid for and her VA benefits.

Wolfe’s private insurance covered most of the more than $20,000 bill for her hospital stay. However, six months later, the VA denied her claim for the remaining $2,500. This put her in an unexpected financial bind. She paid off the bill in 2017 but has been fighting for reimbursement ever since. This year, her case made it all the way to the Court of Appeals for Veterans Claims.

A VA's Inspector General released a report in August that found that in just one recent six-month period, the VA left roughly 17,400 veterans to pay out-of-pocket for $53 million in emergency medical treatment the government should have covered.

The executive director of the National Veterans Legal Services Program, which represented Wolfe in the case, stated that this decision rights a terrible injustice. Veterans will finally be reimbursed.

Reference: MSN (September 11, 2019) “Court rules VA must pay veterans' ER bills, a decision that may be worth billions to vets”