The Purple One’s Estate Wants to Trademark a Color. Guess Which One? 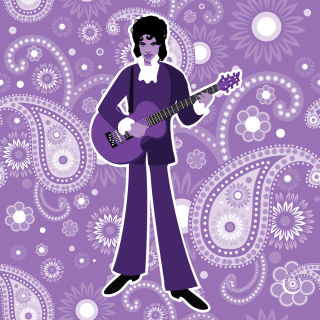 Everyone has a favorite color, but not everyone has a color-centric branded identity like Prince, who was nicknamed “The Purple One,” named an album after the color, and wore a lot of purple clothing. His estate is now working to gain ownership of certain shades of purple. Is that even possible?

The Wealth Advisor’s recent article, “Prince's estate wants to trademark purple, the color synonymous with the late pop singer” reports that Paisley Park Enterprises, the late musician’s company, filed an application earlier this month with the US Patent and Trademark Office to claim the color purple.

"The [trademark] consists of the color purple alone," the application states.

"The color purple was synonymous with who Prince was and will always be," Troy Carter, an entertainment adviser to Prince's estate, said at the time.

The trademark application explains that Prince had been using purple as part of his identity since 1984, when the album and film Purple Rain was released. The album, a soundtrack to the film of the same name that starred Prince, was a huge hit and sold tens of millions of copies.

It’s not as crazy as you think to try to protect the use of a color, or more specifically a particular shade within a certain industry. In 2012, a court allowed shoemaker Christian Louboutin to trademark red soles, after the company sued Yves Saint Laurent over a YSL line that had a similar look. The judge held that the red soles had "the requisite 'distinctiveness' to merit protection".

Some say this is just a way to monetize Prince's legacy. It’s just one of dozens associated with the late rock star. Paisley Park Enterprises also is seeking to trademark the phrase "purple one" in relation to concerts, music, video games and various assorted consumer goods.

During his life, Prince was known to fiercely protect his intellectual property. He sued YouTube and eBay for hosting his copyrighted music in 2007.

Too bad he wasn’t as diligent about his estate plan. He died without a will.