How Super Savers are More Ready for Retirement Than You 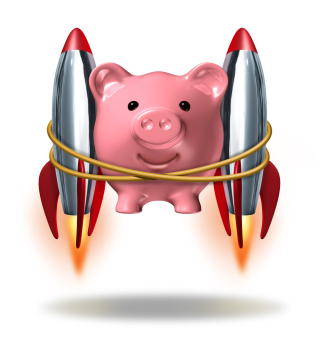 People who save 90-100% of the 402(g) IRA max contributions or had a deferral percentage of 15% or higher in 2018 have been dubbed named “super savers” by Principal, a financial company. They did a survey to find out how they did it, which was reported on in the article “19 things you’ll need to sacrifice for a healthy retirement” from The Las Vegas Review-Journal. It may not be surprising to find that they own modest homes (41%), they drive older vehicles (43%) and they don’t travel as much as they’d like to (41%). Those savings add up. Here’s how they do it.

That daily expensive coffee. You should be willing to give up having an expensive coffee at the coffee shop rather than at home. It’s a little thing, but a dollar saved today will grow to $7.60 in 30 years at a 7% return rate. For every dollar you waste today, you are costing yourself nearly $8 in retirement. Look at it this way: if these extra goodies cost you $100 a week, that’s over $5,000 a year. If invested, that money could grow to more than $38,000.

Cars. Roughly 43% of the survey’s super savers said they’ve driven older vehicles to save for retirement. It’s the most common sacrifice that super savers have made to save. Did you know that after the first year of ownership, you can lose more than 20% of the car’s value due to depreciation? If you buy a two-year-old car with an extended warranty, you save 30% to 40%, and over a lifetime that can add up to having substantially more in retirement assets at age 65. If your family has two cars, consider dumping one to cut auto expenses in half. While this sacrifice might take some getting used to, the long-term benefit could be worth it.

Keeping a larger home than you really need. After driving an older car, owning a smaller home was the most common sacrifice super savers made to save for retirement, the Principal survey found. The easiest way to lower your expenses and save more for retirement is to buy a cheaper house. A big house with a big mortgage will eat up most of your income.

International travel. You don’t need to give up all splurges, but it is important to cut back on these expenses when you can. Try a vacation within the U.S., where you’ll save on airfare. If you save $200 a month on travel, you’d save $2,400 per year. That would add up to $60,000 over a 25-year period—before interest. Among super savers, “not traveling as much as I prefer” was tied with owning a modest home as the second-most common sacrifice they made to save for retirement.

Saving more during your working years is good training for living on a fixed income during retirement. It’s also a good way to accumulate more assets for a fulfilling retirement.