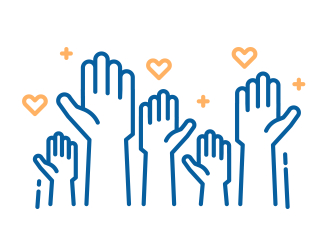 With two donations totaling more than more than $21 million, the Greater Green Bay Community Foundation (GGBCF) has acknowledged the generosity of donors who support its mission to provide impactful grants for nonprofit organizations and collaborative leadership around critical community initiatives.

One of the two donations came from the estate of Ron C. and Pauline P. Heim and is the largest donation GGBCF has ever received. The couple’s planned gift is worth $16.5 million. The Foundation says the money will provide more than $800,000 per year to more than 30 nonprofit organizations. Fox 11 News’ recent article, “Two donations total more than $21 million to Greater Green Bay Foundation” reports that the causes to be supported, range from animal welfare and police K-9 units to the environment, education, hunger and helping the homeless.

"I think it’s indicative of what we see many days here at the foundation," said GGBCF President Dennis Buehler. "It doesn’t matter if it’s a 10 or 100-dollar gift to a local organization or something like this, every single dollar is so important."

“We are humbled by the generosity of the Heims’ gift to our community,” Dennis Buehler, president and CEO of the Greater Green Bay Community Foundation, said in a news release. “Through careful planning with their estate attorney, they ensured the impact of their gift will be felt today, as well as by every future generation of this community.”

According to Pauline Heim's obituary, the couple founded the industrial coating company Trowelon, Inc. He passed away in 1992, and his wife died in January 2018.

"It really just warms your heart to the generosity that people have," said Buehler.

A second donation to the foundation worth about $5 million was given anonymously. The funds are unrestricted, so the foundation can use them to support whichever causes it chooses.

“It’s important to be forward thinking with any unrestricted gift,” Mark Radtke, Greater Green Bay Community Foundation board chair, said in a news release. “And we embrace the enormous responsibility that comes with it to ensure the gift makes the greatest impact possible.”

"When you get in the day to day of that work it can be really hard to look towards the future so when you have visionary donors who are thinking along those lines and looking to support organizations is just a fantastic opportunity," said Amber Paluch, the community engagement president.