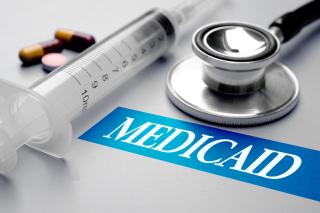 Medicaid was designed to allow people who are disabled or 65 and over with little or no assets, to obtain long-term care. For many middle-income families, Medicaid is a frightening concept. If the family does not have long-term care insurance and one spouse needs to apply, many questions and concerns are raised. Will the family home have to be sold? Will all of the family’s assets have to be spent down to qualify?

Investopedia’s recent article, “How to Qualify for Medicaid: Tips and Eligibility Requirements,” explains that while Medicaid is federally funded, it’s administered at the state level. Each state also has its own set of rules and regulations for the program. If you’re single, you typically can’t have more than $2,000 worth of cash or other assets outside of your personal residence, vehicle, and other necessary items. If you’re married and your spouse is still able to live independently (known as a “community spouse”), he or she is allowed to keep up to 50% of your joint assets. Your single or joint income usually can’t exceed 133% of the federal poverty level, but several states have thresholds above this.

You’ll also have to prove medically you’re disabled in most cases, although certain exceptions apply. And you must also be either a U.S. citizen or have a green card and prove your residency within the state. However, if your assets or income exceed the state thresholds, you’ll need to reduce your estate. This is known as “spending down.” You might also be able to create a spend-down trust.  However, this is non-enforceable by you—and you may lose assets permanently, if the party you gift them to gets into financial trouble.

A frequent reason for people to be denied Medicaid coverage, is incomplete information on the application. Before you start, collect these documents to submit:

You state may require different or additional documentation.

You cannot simply gift your assets or belongings to your children or a reliable friend to use them on your behalf. Before or during the Medicaid application process, consider consulting with attorney who specializes in elder law and thoroughly understands the Medicaid laws in your state. He or she can help you with creating a Medicaid trust or other legal gifting moves that you may be able to make.

An experienced elder law attorney will be able to explain the process of filing for Medicaid and what needs to happen to your assets, before the application can be filed. Understand that planning may include reducing your estate significantly to meet the eligibility thresholds, as set by your state.

Reference: Investopedia (October 6, 2018) “How to Qualify for Medicaid: Tips and Eligibility Requirements”

Planning for the Inevitable: The Loss of a Spouse 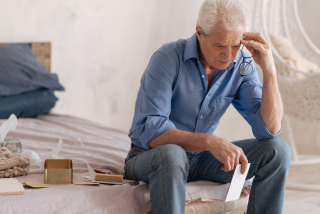 Given the sadness of the topic, it’s no surprise that most people don’t prepare for the loss of a spouse, reports a study from Merrill Lynch and Age Wave that was covered in USA Today’s recent article, “Before the death of a spouse, here's how to prepare a financial plan for living alone.” Slightly more than half of the widows surveyed, reported that they did not plan for how the surviving spouse would manage and more than three-quarters of the married retirees questioned said that frankly, they would not be prepared for the financial change when their spouse died. That’s a real problem, given that the death of a spouse leaves most households with less than half of their prior income.

Here’s what couples should do to better prepare for the loss of a spouse.

There are about 20 million widows in the U.S., and 1.4 million new widows annually, according to the study. Nevertheless, most married couples don’t like discussing or planning for death. Nonetheless, it’s best to address this difficult subject head-on because of the potentially dire consequences.

If you need assistance, speak with a qualified elder law attorney. A new widow also should put together a comprehensive financial evaluation and plan with an analysis of potential cash flow issues that emerge after the death of a spouse.

An experienced and knowledgeable elder law attorney can conduct a thorough inventory of the available financial resources and help integrate Social Security, Medicare, Medicaid, veteran’s benefits, and other programs to maximize the benefits you will receive. An experienced estate planning attorney can also then determine, if any asset protection/wealth preservation strategies are necessary to qualify for and preserve government benefits. For instance, an income-only trust to make sure an individual qualifies for Medicaid may be needed to qualify for Medicaid.

Ask yourself if you have enough life insurance because it’s important to get the necessary amount of insurance, in case of an unexpected or premature death. Calculate how much to purchase using any number of methods—human life, financial needs, and capital retention.

A widow needs planning, not products. This is where estate planning attorneys and elder law attorneys can maintain the focus on planning and help protect widows financially.

The key to planning properly for the death of a spouse, is to determine exactly what the available financial resources are and figure out the financial needs.

Without a plan, it’s less likely that you’ll be able to maintain your independence and lifestyle.

Reference: USA Today (September 26, 2018) “Before the death of a spouse, here's how to prepare a financial plan for living alone”

Planning Ahead for Senior Care When You’re Not A Billionaire 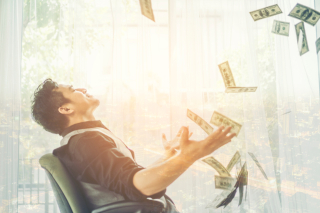 With big money, moguls, a lover with bad intentions and heirs seeking to gain control of an empire, the HBO series Succession borrowed a lot of juicy details from the real-life drama of Sumner Redstone.

Forbes’s recent article, “What 'Succession' And Sumner Redstone Can Teach Us About Planning Ahead For Senior Care,” says that many of us won’t need to concern ourselves with a multi-billion-dollar empire, so our family struggles may look fairly mundane in comparison. However, disagreements over money can and frequently do keep families from making the right decisions about elder care.

A family’s financial resources—or lack thereof—may determine the options available and the type of long-term care a senior will ultimately receive. The big surprise for many retirees is that Medicare doesn’t usually pay for long-term care services. This means that nursing home expenses, which run more than $80,000 a year on average, must be paid in some other way. With most people preferring to age in place, in-home care may be the best option.

The tough news for many who aren’t rich enough to afford the skyrocketing cost of long-term care, is that they don’t qualify for Medicaid either. If you’re one of the “in-betweeners,” you’ll need to be resourceful and there’s a lot to learn.

Baby Boomers are turning 65 at a rate of 10,000 people a day, so it might be time to plan for what comes next. Roughly 70% of Americans over age 65 will need some form of long-term care during their lifetime. If you don’t make plans, you and your family will have to prepare on the fly, when a crisis happens. Let’s discuss some of the things you’ll want to learn about:

Medicare vs. Medicaid. You’re not the only one to get these two programs mixed up. Medicare is a federally-funded insurance program for people aged 65 and over (as well as for those under 65 with certain disabilities, regardless of income). Medicaid is funded jointly by states and the federal government. It is also the largest funding source for long-term care in nursing homes. Medicaid is for people with low incomes, who typically don’t have more than $2,000 in assets. There are specific eligibility rules for each state, so plan ahead with an elder law attorney.

Long-Term Care Insurance. Long-term care insurance is a type of private insurance that gives you limited coverage (often after an initial waiting period) for long-term care. The cost varies, based on the type of plan, the senior’s age, and his or her health status.

Veteran’s Benefits. The Department of Veteran’s Affairs has long-term care benefits for eligible veterans, who’re either homebound or need assistance with their activities of daily living. Although there’s a lot of bureaucratic red tape to apply for veteran’s benefits, it can really be worth it.

Before your own family’s saga takes a dramatic turn, sit down with your aging parents and discuss whether or not they have an estate plan in place, including plans for long term care. If they have not done any planning, it’s time to have the talk and to make an appointment with an estate planning attorney.

Reference: Forbes (September 27, 2018) “What 'Succession' And Sumner Redstone Can Teach Us About Planning Ahead For Senior Care” 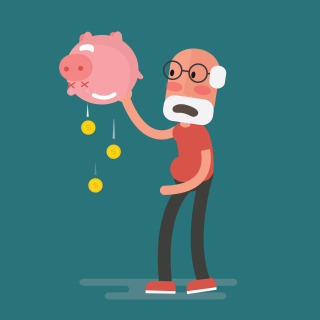 Whichever group you fall into, this Fox Business article, “10 mistakes that can sabotage your retirement savings,” offers ten retirement money mistakes to keep in mind.