Loss of Stretch IRA is Not Such a Big Deal 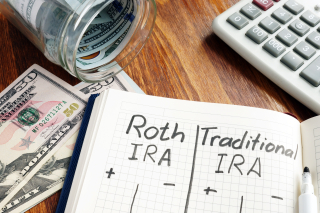 Yes, the SECURE Act has eliminated the use of the stretch IRA, which is the ability to pass an IRA down to a child or grandchild and have them take out withdrawals over their lifetime. No big deal, says the article “No stretch IRA? No problem” from Investment News. Here’s why.

Only the biggest IRAs are affected. How many IRAs actually make it to the beneficiary that are large enough to justify stretched payouts? According to the Treasury Department, only about 20% of all individuals who were required to take the Required Minimum Distribution (RMD) actually stick to the schedule and take that amount out. Four out of five people who own IRAs take much more money than the minimum. This reduces the amount in the account that is left for their beneficiaries and reducing and even eliminating the possibility of heirs using the stretch option.

There’s no change to spousal beneficiaries. Most married people leave their IRAs to their spouses, and surviving spouses are exempt from the new stretch restrictions. Spouses who inherit IRAs and other assets still have the same options they had before the SECURE Act was passed. Financially savvy spouses (or those with good advisors) will do a spousal rollover and further delay the “no stretch problem” for another generation. By doing this, they postpone the start of the ten-year payout rule. If they use more of the IRA during their own lifetime, again, there’s not that much to worry about.

Most beneficiaries don’t stretch. Not at all. Windfalls usually don’t last very long. How many beneficiaries wait patiently for 30, 40 or 50 years to deplete an inherited IRA? Not many. For many beneficiaries, the new ten-year rule might actually be more realistic. For the smaller IRAs, it may be more logical to empty the account with a lump-sum distribution, especially if it is distributed among several beneficiaries in low tax brackets. However, if the IRA is a Roth, hang on to it and let it grow, tax-free, for as long as possible.

Most beneficiaries are in lower tax brackets. People like to leave their IRAs to their grandchildren, but most grandchildren, under the SECURE Act, will not be able to stretch IRA payouts over their lifetime. If the grandchild is a minor, then the kiddie tax emerges, and the child might have to pay taxes on any withdrawals at their parent’s tax rates. Do your homework with your estate planning attorney.

While the inherited payout is ten years, the tax hit to younger, usually lower income earners, won’t be as bad. However, the kiddie tax could lead to a huge tax hit for your adult children and grandchildren. Another option is naming multiple grandchildren. More beneficiaries will at least stretch out the tax hit over multiple tax returns.

Speak with your estate planning attorney about what needs to change on your estate plan, in light of the new restrictions created by the SECURE Act. There are strategies that they can discuss with you to minimize the tax liability.

Families were hurt by a change in the kiddie tax that took effect after 2017, but they’ll be able to undo the damage from 2018 and 2019 now that a fix has become law. The SECURE Act contains a provision that fixed this unintended change, as reported in the San Francisco Chronicle’s recent article, “Congress reversed kiddie-tax change that accidentally hurt some families.”

The kiddie tax was created many years ago to prevent wealthy families from transferring large amounts of investments to dependent children, who would then be taxed at a much lower rate than their parents. It taxed a child’s unearned income above a certain amount at the parent’s rate, instead of at the lower child’s rate. Unearned income includes investments, Social Security benefits, pensions, annuities, taxable scholarships and fellowships. Earned income, which is money earned from working, is always taxed at the lower rate.

The Tax Cuts and Jobs Act of 2017 changed the kiddie tax in a way that had severe consequences for military families receiving survivor benefits. Instead of taxing unearned income above a certain level—$2,100 in 2018 and $2,200 in 2019—at the parent’s tax rate, it taxed it at the federal rate for trusts and estates starting in 2018.

Hitting military families with a 37% tax rate that starts at $12,750 in taxable income is unthinkable, but that’s what happened. Low and middle-income families whose dependent children were receiving unearned income, including retirement benefits received by dependent children of service members who died on active duty and scholarships used for expenses other than tuition and books, were effectively penalized by the change.

Under pressure from groups representing military families and scholarship providers, Congress finally added a measure repealing the kiddie tax change to the SECURE Act, which seemed as if it was going to be passed quickly in May. The bill was stalled until it was attached to the appropriations bill and was not passed until December 20, 2019.

There is a specific provision in the bill: “Tax Relief for Certain Children” that completely reverses the change starting in 2020. It also says that subject to the Treasury Department issuing guidance, taxpayers may be able to apply the repeal to their 2018 and 2019 tax years, or both.

The IRS has not yet issued guidance, but the expectation is that amended returns will be required, if a taxpayer elects to use the parents’ tax rate for that year.

Some parents whose children have investment income may be better off using the estate-tax rate for the two years that it is in place. In 2019, those trust brackets may actually allow more capital gains and dividends be taxed at the 0% and 15% rates than by using the parents’ rates.