Things are different now, reports the article “Read This Before You Touch Your Inherited IRA Funds” from the News & Record, but one thing is the same: you need to know the rules.

First, if the owner had the account for fewer than five years, you may need to pay taxes on traditional IRA distributions and on Roth IRA earnings. This year, the federal government has waived mandatory distributions (required minimum distributions, or RMDs) for 2020. You may take out money if you wish, but you can also leave it in the account for a year.

Surviving spouses who don’t need the money may consider doing a spousal transfer, rolling the spouse’s IRA funds into their own. The RMD doesn’t occur until age 72. This is only available for surviving spouses, and only if the spouse is the decedent’s sole beneficiary.

The federal government has also waived the 10% early withdrawal penalty for taxpayers who are under 59½. If you are over 59½, then you can access your funds.

The five-year method of taking IRA funds from an inherited IRA is available to beneficiaries, if the owner died in 2019 or earlier. You can take as much as you wish, but by December 31 of the fifth year following the owner’s death, the entire account must be depleted. The ten-year method is similar, but only applies if the IRA’s owner died in 2020 or later. By December 31 of the tenth year following the owner’s death, the entire IRA must be depleted.

Heirs can take the entire amount in a lump sum immediately, but that may move their income into a higher tax bracket and could increase tax liability dramatically.

A big change to inherited IRAs has to do with the “life expectancy” method, which is now only available to the surviving spouse, minor children, disabled or chronically ill people and anyone not more than ten years younger than the deceased. Minor children may use the life expectancy method until they turn 18, and then they have ten years to withdraw all remaining funds.

There is no right or wrong answer, when it comes to taking distributions from inherited IRAs. However, it is best to do so, only when you fully understand how taking the withdrawals will impact your taxes and your long-term financial picture. Speak with an estate planning attorney to learn how the inherited IRA fits in with your overall estate plan. 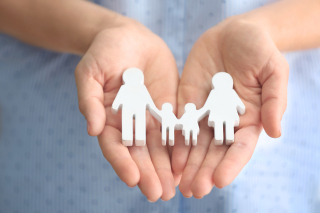 With proper planning and the help of a seasoned estate planning or probate attorney, insurance money can pay expenses, like estate tax and avoid the need to liquidate other assets, says FEDweek’s recent article entitled “Errors to Avoid in Using Life Insurance for Estate Planning.”

As an example, let’s say that Reggie passes away and leaves a large estate to his daughter Veronica. There’s a big estate tax that’s due. However, the majority of Reggie’s assets are tied up in real estate and an IRA. In light of this, Veronica might not want to proceed directly into a forced sale of the real estate. However, if she taps the inherited IRA to raise cash, she’ll be required to pay income tax on the withdrawal and forfeit a very worthwhile opportunity for extended tax deferral.

If Reggie plans ahead, he could purchase insurance on his own life. The proceeds could be used to pay the estate tax bill. As a result, Veronica can retain the real estate, while taking only minimum required distributions (RMDs) from the inherited IRA.

If the insurance policy is owned by Veronica or by a trust, the proceeds probably won’t be included in Reggie’s estate and won’t increase her estate taxes.

Along these same lines, here are some common life insurance errors to avoid:

Designating your estate as beneficiary. When you make this move, it puts the insurance policy proceeds into your estate, exposing it to estate tax and your creditors. Your executor will also have to deal with more paperwork, if your estate is the beneficiary. Instead, name the appropriate people or charities.

Designating just a single beneficiary. You should name at least two “backup” beneficiaries. This will decrease any confusion, if the primary beneficiary predeceases you.

Throwing the copy of your life insurance policy in the “file and forget” drawer. You should review your policies at least once every few years. If the beneficiary is an ex-spouse or someone who’s passed away, make the appropriate changes and get a confirmation from the insurance company in writing.

Failing to carry adequate insurance. If you have a youngster, it undoubtedly requires hundreds of thousands of dollars to pay all her expenses, such as college bills, in the event of your untimely death.

Talk to a qualified and experienced estate planning attorney about the particulars of your situation.

Identity Theft and the Deceased Spouse 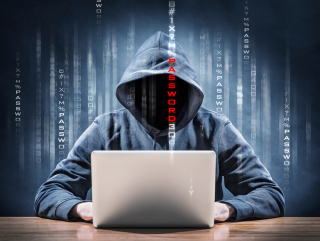 Some of the things that need to be done when someone passes, especially if they are receiving Social Security benefits, have to do with finding out what benefits are available to the spouse. If the spouse who passed had a higher benefit than the surviving spouse, this is especially important to help maintain the household income. Protective measures need to be taken to prevent identity theft, which is a common problem today.

nj.com’s recent article, “A to-do list for widows, and how to protect the identity of a dead loved one,” says that when a loved one dies, there’s a lot you can do to protect their identity.

While some say it doesn't matter if a deceased person's identity is stolen, it can be an issue. There are several things you should do when someone dies.

First, the executor should contact Social Security and inform the agency of the wife’s death. Next, contact the three credit bureaus to also tell them, and ask that they put a freeze on her credit. To do this (and most of the other actions here), the executor will need copies of the death certificate and letters testamentary to wrap up the finances. The executor should then inform the wife’s attorney and/or tax preparer, as well as all her investment custodians and financial institutions.

If she had a non-qualified (non-retirement) account, there should be a step-up in basis on at least 50% of the account and possibly 100%, depending on the circumstances. In either case, the executor should obtain the fair market value of each of the investments as to the date of death right away. This should be immediately mentioned to both the accountant and the attorney. Make certain that the investment custodians increase the cost basis, as needed. If there’s an IRA, there are options, and for a spouse, the account can be treated as a rollover IRA or an inherited IRA. Note that an inherited IRA requires minimum distributions annually but doesn’t impose a 10% penalty on withdrawals.

If the spouse who died had a will and any trusts, review them with family’s estate planning attorney, so that the assets can be properly distributed. You should also review life insurance policies and other accounts. You’ll also need to gather information about whether or not any changes will need to be made to withholding or estimated tax payments.

Contact your financial advisor to alert them to the passing, and see if you need to sign any documents regarding changing the ownership and title on accounts.

Reference: nj.com (November 6, 2018) “A to-do list for widows, and how to protect the identity of a dead loved one”

Inherit an IRA? Deadlines and Options You’ll Need to Know

The last thing anyone wants to think about when they are coping with the loss of a loved one is the complex and potentially disastrous tax situation that an inherited IRA presents. A recent article from U.S. News & World Report, “What Day of the Dead Can Teach Us About Inherited IRAs,” says that we should think differently about the recently departed, embrace the spirit of the Day of the Dead, and proceed with caution when dealing with an inherited IRA.

Relationships are key. Day of the Dead honors those who’ve passed away, and with an inherited IRA, your relationship to the deceased is critical. If you’re the spouse, you have flexibility in what you can do with the funds. Spousal beneficiaries can take ownership of inherited IRA assets and treat them as their own.  However, non-spousal beneficiaries don’t have this choice—they’re required to retain inherited IRA assets in a separate account, where they can’t make contributions and must take required minimum distributions (RMDs) each year, based on the inherited IRA owner’s life expectancy. Both pre-tax and inherited Roth IRAs have RMDs. You can withdraw as much as you like from an inherited IRA in any given year without penalty. However, you’ll pay ordinary income taxes on withdrawals from pre-tax inherited IRAs. You have until December 31 of the year following the original owner’s death to begin taking RMDs.  However, there’s one exception: If the original owner was 70½ or older and didn’t take his RMD the year he died, an RMD must also be taken out by December 31 of the year of death.

A penalty-free loophole for spouses. Inherited IRA rules work in a spouse’s favor. IRS rules say you can’t access your own IRA assets, until you turn 59½ without incurring a 10% penalty. If you inherit an IRA from your spouse when you’re 55, you can put it in an inherited IRA, instead of combining it with your own. That way, you’ll be able to access the money in the inherited IRA without paying any penalty. If you decide you don’t need the funds from the inherited IRA, you can roll it into your own IRA to pause the RMDs until you reach 70½.

Watch your calendar. As you mark Day of the Dead on your calendar, there are two important dates to remember after inheriting an IRA. One is December 31. That’s the date by which RMDs must be taken. The other is September 30 of the year after death. IRS rules state that joint beneficiaries have until September 30 of the year after death to separate inherited IRA assets. If you fail to divide the inherited IRA by then, the RMDs default to the life expectancy of the oldest beneficiary. Splitting the IRA is even more critical, if your joint beneficiary is a trust or a charity. Non-human entities aren’t considered designated beneficiaries and have no life expectancy, so the inheritance defaults to the five-year rule.

The five-year rule says that beneficiaries must withdraw all assets from an inherited IRA by December 31 of the fifth year after the original owner’s death. This accelerated withdrawal rate will eliminate the after-tax amount you receive, so you should do whatever you can to avoid it.

Take some time. If you take a lump sum out of an IRA, you will see a large tax bill and lose the benefit of tax-deferred growth. There are no taxes with inherited Roth IRAs, but you do lose the tax-free growth. If you don’t need the funds, leave as much of the money in the inherited IRA as you can. Or, in the case of spouses, roll it over into your own IRA to keep from incurring RMDs.

Tidy up. Day of the Dead celebrations include cleaning the deceased’s gravesites, sort of a big graveyard picnic with weed-pulling, songs, and food. You may feel that you need to hold onto your relative’s investments in honor of their memory, but there are better ways to remember a loved one—especially if those investments aren’t a good fit for your financial goals.

Plan. Day of the Dead is a celebration of the lives of the deceased, but it’s also a reminder that death is an inevitable and natural part of life.