Inheritance Process is Taking Longer Because of Taxes 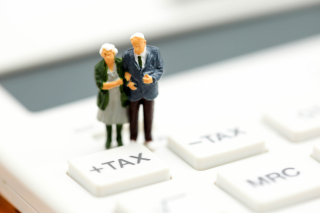 If the bequest isn’t cash, the executor will collect the tax from the beneficiary, based on the value of the property prior to making distribution.

In New Jersey, the fiduciary, who is the executor, administrator, or trustee of a trust, is personally liable for the tax, if distribution is made to a beneficiary before the tax is paid. This can account for some delay in a fiduciary making distributions.

The inheritance tax remains a lien on the decedent's property for 15 years in New Jersey, unless it’s paid. However, once the tax is paid, the state will issue a Notice of Assessment indicating whether additional tax is due or showing zero tax is due. The state will also issue waivers (Forms 0-1)—that release the lien for taxes on the decedent's New Jersey property. Property can include New Jersey bank and brokerage accounts, real property located in New Jersey, as well as New Jersey stocks and bonds.

As a beneficiary in this instance, one must determine if the executor has paid the inheritance tax and whether the waivers have been issued. If yes, outright bequests may be distributed and bequests directed to be held in trust are subject to the terms of a trust, if any.

In addition, the fiduciary can further protect him- or herself from the assessment of additional tax, by keeping a small amount in reserve to pay any additional taxes due. Another option is to have each beneficiary execute a refunding bond which states that if any additional tax is due on his or her inheritance, then the beneficiary agrees to pay that tax. An estate planning attorney can help create these documents, so that they are legally enforceable.

If after the waivers have been issued, a beneficiary signs a refunding bond and gives it to the fiduciary, he or she can demand the bequest and bring an action in the Superior Court, if the bequest isn’t paid.

It’s not an ideal situation. However, if the inheritance is not being paid because of an executor’s reluctance to tackle difficult tasks, a conversation with an attorney may be necessary to start the ball rolling.

Reference: nj.com (February 5, 2019) “The inheritance tax is slowing down my inheritance. What can I do?”