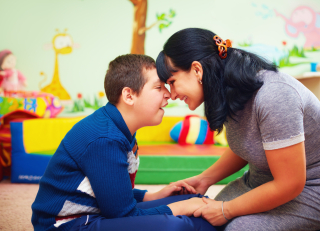 Among the bills passed by Washington state lawmakers this session, was one that will make the guardianship application process easier for parents, reports Public News Service in the article “Guardianship Process to Be Streamlined in WA.”

The article quotes Sterling Harders, president of Service Employees International Union 775, who says that her union represents thousands of parents who care for children with intellectual and developmental disabilities.

Harders remarked that she’s heard from members that the road to guardianship was complex and expensive, when their children turned 18.

In addition, the guardianship process also differs from county to county.

Two bills in Washington state address these issues, which will ease some of the burden for parents.

"Life is difficult enough for these folks having to take care of special needs kids,” she states. “They don't need one more thing to worry about, and so we are really hopeful that these two bills will make life just a little easier for parent providers."

The Uniform Guardianship Act, Senate Bill 5604, is designed to standardize the guardianship process through Washington’s 39 counties and create a monitoring system and model training program. The bill currently is on the governor's desk.

The second bill is House Bill 1329. It creates alternatives to full legal guardianship. The bill was signed in April and goes into effect at the end of July.

In Washington, there are professional guardians, public guardians and lay guardians. A one-size-fits-all law for guardianship does not work well for families whose children have different disabilities.

One parent described the current guardianship as being limited to a two-sided construct: being incapacitated or being a person who is not incapacitated with full legal rights. She said there needs to be room for different options within that continuum. A one-size fits-all guardianship simply doesn’t work for many families with special needs individuals.

Reference: Public News Service (May 16, 2019) “Guardianship Process to Be Streamlined in WA”