The High Cost of Medicare Mistakes 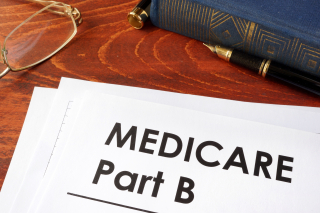 A 68-year-old woman knew that she had to sign up at age 65 for Medicare Part A for hospital care and Part B for outpatient care, since she did not have employer provided health insurance from an employer with 20 or more employees. She knew also that if she did not have health insurance from an employer and didn’t sign up immediately, she’d face a penalty with higher Part B and Part D premiums for the rest of her life when eventually she did sign up, reports Forbes in the article “Beware Medicare’s Part B Premium Penalty And Surcharge Traps.”

Here’s where it got sticky: she thought that Medicare provided an eight-month special enrollment period after one job ended to apply penalty free. She is employed on a sporadic basis, so she thought she had a window of time. Between the ages of 65 and 68, she had several jobs with large employers, and was never out of work for more than eight months.

She was out of work for 25 months total between ages 65 and 68, when she was not enrolled in Medicare. She thought that since she was never out of work for more than eight months, she didn’t have to sign up until she officially stopped working and would then enroll penalty free in traditional Medicare Parts A, B, and D.

She had read information on the Medicare website and her interpretation of the information was wrong. It was a costly mistake.

In determining whether you need to permanently pay a Medicare Part B penalty, Medicare counts up all the months between age 65 and the month you first enroll in Part B, even if you have a job with a large employer with no gaps in employment for more than eight months.

She got hit with a 20% lifetime Medicare Part B premium penalty. For every 12 months that you’re not covered by Medicare B after reaching 65 and before you enroll, the penalty is an additional 10%. And making things worse, she was hit with a Medicare Part B penalty based on the cumulative (not consecutive, which is an important difference) 25 months that she went without credible prescription drug coverage.

This is the sort of problem that does not self-resolve or get better over time. In this case, another mistake in timing is going to hurt her. She sold some assets and realized a capital gain in 2018, which increased her Modified Adjusted Gross Income (MAGI). In 2020, she’s going to have to pay the Income Related Monthly Adjustment Amount (IRMAA). If your MAGI, two years before the current year, is less than $87,000, you are exempt from IRMAA in the current year. Her cost: $1,735.20 more this year. Had she instead realized those capital gains over the course of several years, her 2018 MAGI might not have crossed the $87,000 threshold. Most people are not aware of the IRMAA and take capital gains in larger amounts than they need.

This is a harsh lesson to learn, at a time in life when there’s not a lot of flexibility or time to catch up. Talking with an estate planning lawyer about Medicare and about tax planning, as well as having an estate plan created, would have spared this woman, and countless others, from the harsh consequences of her mistakes. Despite efforts by the Trump administration to force Medicaid recipients into the workplace, U.S. District Judge James E. Boasberg in Washington, D.C. ruled that the state’s requirements created obstacles to providing health care to the poor.

KCAU reports in the article “US judge blocks Medicaid work rules in blow to Trump” that Judge Boasberg sent the federal Health and Human Services Department back to square one. The judge didn’t determine the central question of whether work requirements are incompatible with Medicaid, a federal-state program that traditionally allows states broad leeway to set benefits and eligibility.

The judge said that HHS approval of the Arkansas work requirement was "arbitrary and capricious because it did not address...whether and how the project would implicate the 'core' objective of Medicaid: the provision of medical coverage to the needy.” Likewise, the judge said the same in his ruling on Kentucky.

About 60% of adults on Medicaid already work in low-wage jobs, according to the nonpartisan Kaiser Family Foundation. Most of those not working say they are in poor health, are caring for an elderly family member or a child are attending school full-time.

"We have one guy in Washington who thinks he owns Kentucky," said Bevin, referring to the judge. "We're right, and we'll be right in the end. And one guy can gum up the works if he wants, for a while, but this, too, shall pass."

Arkansas Gov. Asa Hutchinson, also a Republican, said he doesn't think the ruling jeopardizes the future of Medicaid expansion, which covers more than 200,000 residents. About 18,000 have lost coverage as a result of the work requirements.

Advocates for the poor say that there is no place for work requirements in the Medicaid program. They say that large groups of Medicaid recipients are already working, or they are providing full-time health care for family members or suffering themselves from chronic health issues.