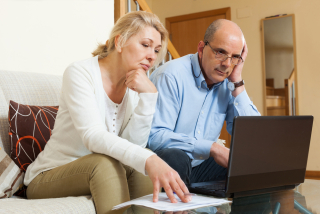 About half of the baby boomers are already in retirement. Those are the people born between 1946 and 1964, ages 55 to 73. According to the Insured Retirement Institute’s annual report, Boomer Expectations for Retirement, the combination of not enough savings, underestimating healthcare costs and unrealistic expectations of how much retirement income they’ll need, have led a too-little, too-late wake up call. This article from CNBC, “Baby boomers face retirement crisis—little savings, high health costs and unrealistic expectations,” explains it all.

Too little savings. The three "legs" of the retirement "stool" are Social Security, private pensions and personal savings. These aren’t in great shape, as the average Social Security check is $14,000 a year, and just 23% of boomers ages 56-61 expect to receive income from a private company pension plan, with only 38% of older boomers expecting a pension. Most boomers haven’t saved nearly enough in their personal savings, with 45% of boomers having absolutely nothing saved for retirement.

Underestimating retirement income. The average amount spent by Americans 65-74 is $55,000 annually. However, most baby boomers don't believe they’ll need near that amount. To that point, about 60% say they will need less than that on which to live. Their backup plan is to downsize, go back to work, or ask their children for help.

Two things that those surveyed said they wish they had done better should sound familiar: to start saving earlier in their lives (58%) and to have saved more (63%).

A word to the millennials and Gen Xers–don’t follow in the boomer’s footsteps, when it comes to retirement.