Will Inheritance and Gift Tax Exemptions Change in 2021? 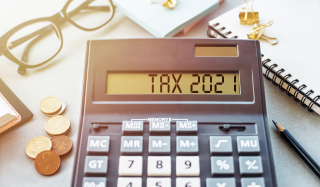 The federal estate and gift tax exemption is applied to the sum total of a person’s taxable gifts during life and the assets they leave behind at death. In 2017, Congress doubled the exemption, starting in 2018. That number continues to rise with inflation until 2025, unless the laws are changed. According to the article “Estate and Gift Taxes 2021—2022: Here’s What You Need to Know” from The Wall Street Journal, the 2017 expansion cut the number of taxable estates from about 8,000 to about 3,000 in 2019.

That increase is set to end in 2025, but both the Treasury Department and the IRS issued regulations in 2019 allowing the increased exemption to apply to gifts made while this increase is in effect, even if Congress lowers the exemption after those gifts were made.

Capital Gains After Death. Under current law, investments owned at the time of death are not subject to capital gains taxes. This is referred to as a “step-up in basis.” Congress and the Biden administration are now considering reducing or eliminating this benefit as a means of raising revenue.

Annual Gift Tax Exemptions. In 2020 and 2021, the annual gift-tax exclusion is $15,000 for each individual donor, for each individual recipient. You can give anyone up to $15,000 in assets per year and not owe any federal gift taxes. A generous couple with two married children and six grandchildren may give away $300,000 to their ten descendants. The couple could also give $30,000 to as many other people as they want, friends or family members or perfect strangers.

Above the $15,000 per donor, per recipient, gifts are subtracted from the lifetime gift and estate-tax exemption. Annual gifts are not deductible for income tax purposes and they are not considered income for the recipient. If the gift is not cash, the giver’s “cost basis” does carry over to the recipient.

While a generous gift is always welcome, making a gift that is part of a holistic estate plan benefits you and your recipients. Speak with an experienced estate planning attorney about the role of gifting in your overall estate plan.

What Did the New Tax Laws Do to Charities? 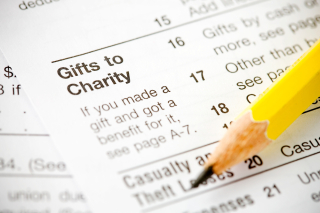 Americans gave generously in 2018, unless you adjust for inflation. If you do so, total giving declined by 1.7%.

CNBC’s recent article, “Charitable contributions take a hit following tax reform,” reports that 2018 was the first time the effect of the new tax law could be gauged. The law eliminated or significantly reduced the benefits of charitable giving for many would-be donors.

Even though the deduction for donations was unchanged in the Tax Cuts and Jobs Act, individuals still are required to itemize to claim it. That is now a much higher bar, because of the nearly doubled standard deduction.

Because of this change, there will be fewer people who itemize their individual tax returns. The result is that many people won’t enjoy the tax benefits of their charitable contributions.

Tax reform probably impacted the middle households that used to itemize the hardest, one tax analyst remarked. As a result, lower-income families reduced giving, a change that could be an issue for non-profits in the long term. The greater the revenue is concentrated in only a few sources, the greater the risk for these charities.

A study from the Fundraising Effectiveness Project, an alliance of the Association of Fundraising Professionals and the Center on Nonprofits and Philanthropy at the Urban Institute, reveals that modest gifts between $250 and $999 dropped by 4% in 2018, and gifts under $250 decreased by more than 4%. The number of these types of smaller total donors declined. On the positive side, there was a nearly 3% increase in large gifts, defined as $1,000 or more in 2018.