Can Elder Financial Abuse Be Stopped? 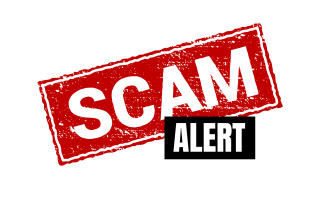 The numbers are chilling. One in ten Americans age 60+ has experienced elder abuse. One of the most common forms of elder abuse is financial, says a recent article from Forbes titled “What Is Elder Financial Abuse—And How Do We Prevent It?”

Financial elder abuse is defined as when someone illegally or improperly uses an elderly person’s money for their own use. Elderly people are easy victims for obvious reasons. They may be mentally vulnerable, suffering from Alzheimer’s or other form of dementia. They may also be lonely and find the company of a new “friend” is so delightful that it impairs their judgement.

Financial elder abuse occurs most often from adult children, but also in nursing homes and assisted living facilities. Be on the watch for those new friends who enter senior’s lives, especially if they seek to limit contact with family members.

Caregivers or nursing staff have access to resident’s possessions, including checkbooks, ATM cards and credit cards. Monitoring an aging parent’s bank accounts on a regular basis should be part of caregiving by adult children. Unusual transactions, large withdrawals or unlikely purchases by credit card should immediately be reported to their bank or credit card company.

Less obvious and harder to track, is when someone forces a nursing home resident to sign legal documents transferring ownership of homes, cars, bank accounts and even investment accounts. They may also be pressured into creating a new will.

Here are some red flags to watch for:

The elderly are often scared to report being victimized. They may fear further loss of control over their lives or be embarrassed to have been scammed. If a caregiver is stealing, they may also be physically threatened, or frightened of losing their familiar care provider.

Talk to your estate planning attorney, speak with the local Adult Protective Services office, or contact the National Elder Fraud Hotline, if you are concerned about a loved one being financially exploited.  If you believe a loved one is in physical danger, contact the local police. Don’t hesitate to ask for help.

Assisted Living Centers Will Now Need to be Licensed in Minnesota 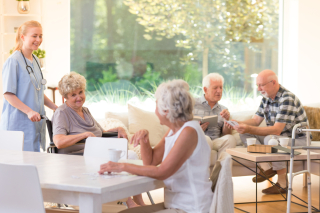 Minnesota Senator Karin Housely got emotional, when she spoke about a law that will protect Minnesotans who live in assisted living. She said she got all choked up and saw her mother and a colleagues’ mother, both who died of Alzheimer’s, smiling down on them.

Although the state’s nursing homes have been licensed for many years, Minnesota was the sole remaining state that did not license its assisted living facilities.

The legislation will require assisted living facilities to be licensed by August 2021.

The legislation has two levels of licensing, one is for assisted living facilities, and the other is for those facilities that provide dementia care.

“Someone with dementia or Alzheimer’s—their needs are going to be higher,” Vickstrom said. “The assisted living licensing structure is really critical, and then some consumer protections, some retaliation protections that sort of level the playing field.”

In addition, the law permits families to put a hidden camera in an assisted living facility beginning in January 2020, if abuse or neglect is suspected (for a period of 14 days). After 14 days, a family will be required to reveal the camera to a state ombudsman. However, they can still leave the camera in the room.

Minnesota Governor Tim Walz has indicated that he will sign the bill into law, and $30 million has been earmarked by the legislature for the state government to create the licensing system.