« Do T-Bonds Fit in a Retirement Portfolio? | Main | What Did the New Tax Laws Do to Charities? »

How Elder Abuse is Being Addressed in San Diego 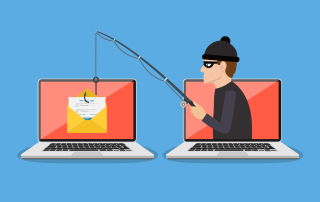 The chance to spot exploitation of seniors as they conduct their financial affairs at banks and credit unions, among other places, puts financial professionals on the front lines of financial elder abuse. San Diego’s District Attorney Summer Stephan held a news conference to announce a new outreach campaign to protect vulnerable seniors from financial elder abuse.

This applies whether they have direct contact with a potential victim or even just witness an incident they suspect may be financial abuse.

“Employees in financial institutions can make a real difference in the lives of some of the most vulnerable in our community to help protect them from losing their life savings,” Stephan commented.

The new program, launched in conjunction with Financial Elder Abuse Awareness Month, gives finance workers examples of warning signs to watch out for and details on how to report any suspected abuse of the elderly.

The training materials include a video featuring industry representatives from the Credit Union League and Western Bankers Association, as well as Marlene Ruiz, a longtime local bank employee who helped prevent a financial elder-abuse crime.

When Ruiz saw that one of her older clients was the victim of an obvious scam, she intervened. As a result, she was able to prevent the victim from having thousands of dollars stolen from his bank account. In honor of those actions, the District Attorney’s Office named Ruiz one of its “Citizen of Courage” in 2018.

An estimated $36.5 billion is lost every year in the U.S. from elder financial exploitation. Last year, U.S. banks reported nearly 25,000 suspected cases of elder financial abuse to the Treasury Department. That’s more than double the amount of five years earlier.

The more “eyes and ears” that are open and watching out for the financial well-being of seniors, the better.